Call Us Locations Menu
24/7 ORDER & COLLECT: WE WANT TO BRING THE SPECIALS TO YOU
ORDER NOW 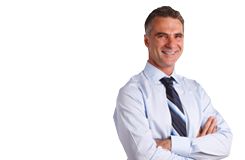 Need a Little Help? Speak with the Team from Noble Toyota

In line with the NSW Government’s updated lockdown policy, our showroom and guest lounge are temporarily closed. Our team are still on board to assist with any enquiries you may have.

At Noble Toyota, we aspire to bring the specials to you. Check out our Stay At Home Specials and Referral Offer.